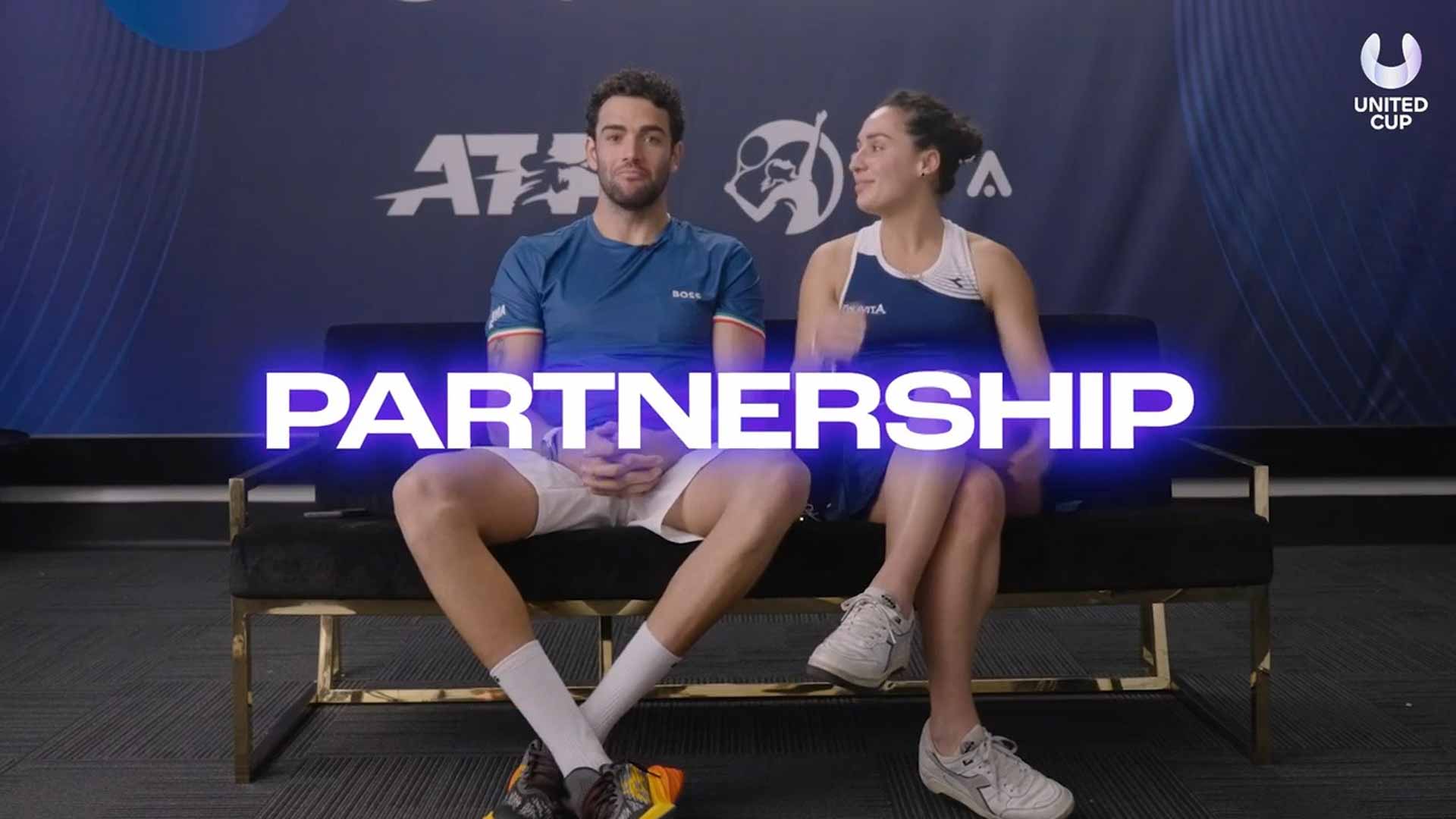 “I need this confidence,” Martina Trevisan said with a big smile after Matteo Berrettini praised her backhand when the Italians revealed which part of each other’s game they would like to have.

While Trevisan said she would opt for Berrettini’s heavy serve or how he stands tall at 6'5", the duo then cracked a laugh as they joked who owns the better backhand.

“She asked me if I’m sure [I want her backhand],” Berrettini said while holding up his answer on the whiteboard.

It was a straight-forward response for both players when they were asked about their partner’s biggest weapon: Berrettini’s serve and Trevisan’s forehand. However, it wasn’t such an easy answer when they were quizzed on when they first saw each other play in person.

Want to know what else the Italian stars spoke about? Watch the full United Cup Partnership feature.