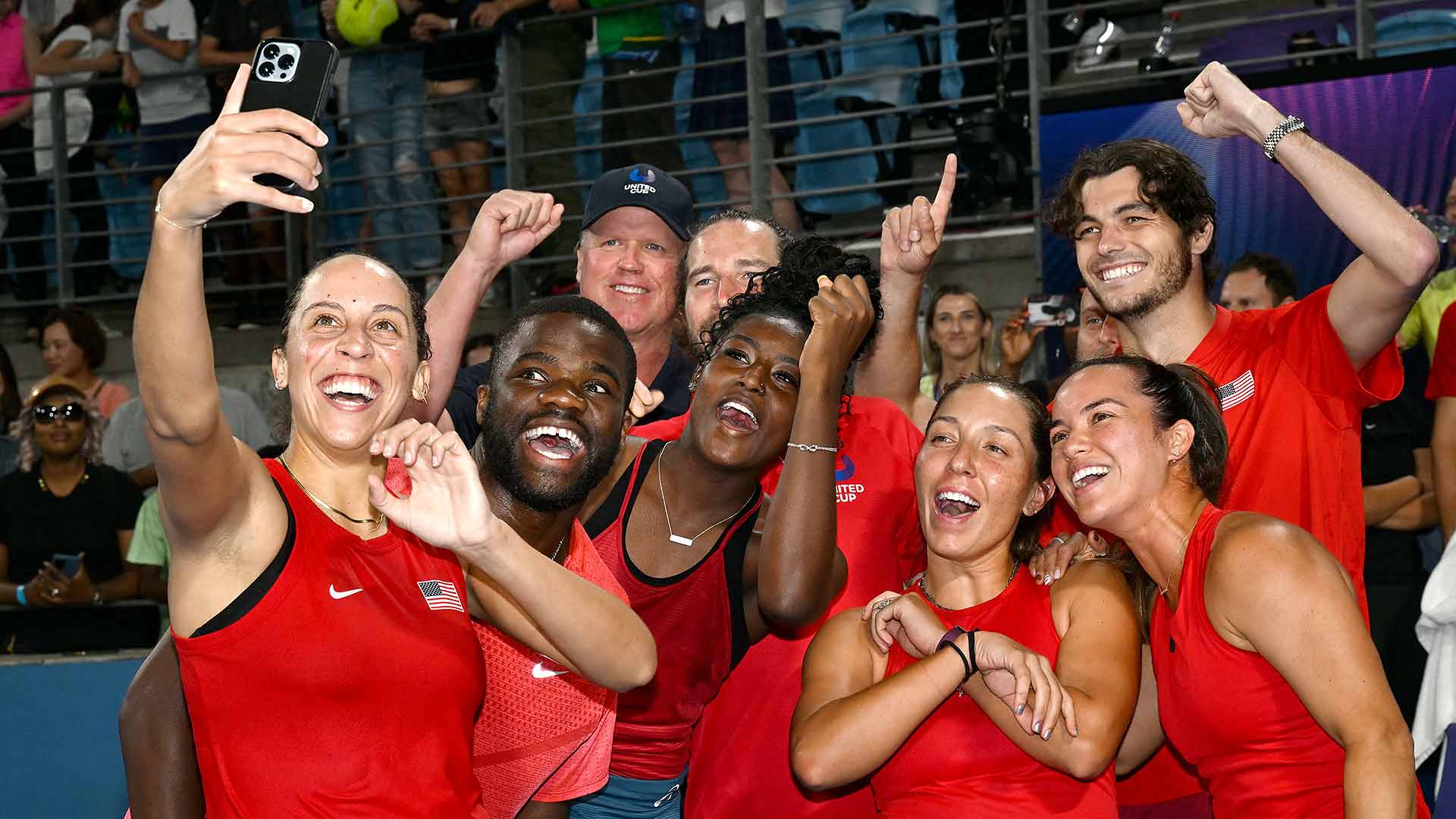 Sealed With A Selfie: Why Team USA Won The United Cup

“I feel like I'm at home with my eight kids. This is like the Brady Bunch,” said Team USA captain David Witt as he sat alongside his triumphant players in their United Cup post-final media conference.

“I had a blast these two weeks. It was a lot of fun. A lot of tennis watching, but I had a blast. You guys are so immature, and I love you for it.”

Underpinned by a sense of camaraderie, a commitment to having fun and its overall team depth, the United States found the winning formula at the inaugural 18-country mixed teams’ event, showcasing a blueprint that others may look to emulate in future years.

The team’s Top 10 No. 1 players Taylor Fritz and Jessica Pegula dropped just one singles match each during the tournament. No. 2 players Frances Tiafoe and Madison Keys combined to win all 10 singles matches they played.

World No. 9 Fritz clinched Sunday’s final for Team USA with a tight 7-6(4), 7-6(6) win over Matteo Berrettini after also taking out Polish No. 1 Hubert Hurkacz in two tie-breaks in the semi-finals.

“It's just so much more exciting, there's so much more emotions,” Fritz said. “You can celebrate with your whole team as opposed to just celebrating by yourself. As soon as I won, I turned to the team and I knew everyone was going to run at me. It was great until Frances full speed head-butted me in the face.”

Pegula, who stunned Polish World No. 1 Iga Swiatek in the semi-finals and gave Team USA a lead-off 1-0 advantage in the final, said that the camaraderie within the team was instrumental in its success.

"We've had a really great, like eternity, in Sydney,” she said “It's been really fun though. We have been bonding a lot, I feel like getting to know each other a lot.

“We did three escape rooms in one week. Literally everyone last night was [saying], ‘We need to do an escape room again to keep the team chemistry going. I did not think that was going to happen coming into this. Hey, here we are. It was fun.”

Matched by Greece (Stefanos Tsitsipas and Maria Sakkari) and Poland (Swiatek and Hurkacz) with Top 10 stars playing at No. 1, the United States had a clear edge in the No. 2 singles, where World No. 11 Keys and World No. 19 Tiafoe each won their five singles matches for the loss of just one set each.

Nobody enjoyed the mixed teams’ format more than Tiafoe, who said that he hopes to continue his practice sessions with Pegula in 2023. “You will see a lot of Pegula-Tiafoe practices from this point until whenever she wants to hang it up and I want to hang it up,” the Maryland native said. “She's definitely risen my level to a whole other level. She's unbelievable. Happy I got to hit with her, happy I got to see ‘Clinch Fritz’ and Madison Keys do their thing.

“It's been a special week. Everybody behind me too. Yeah, it takes a village to do something special. It's been a hell of a week.”