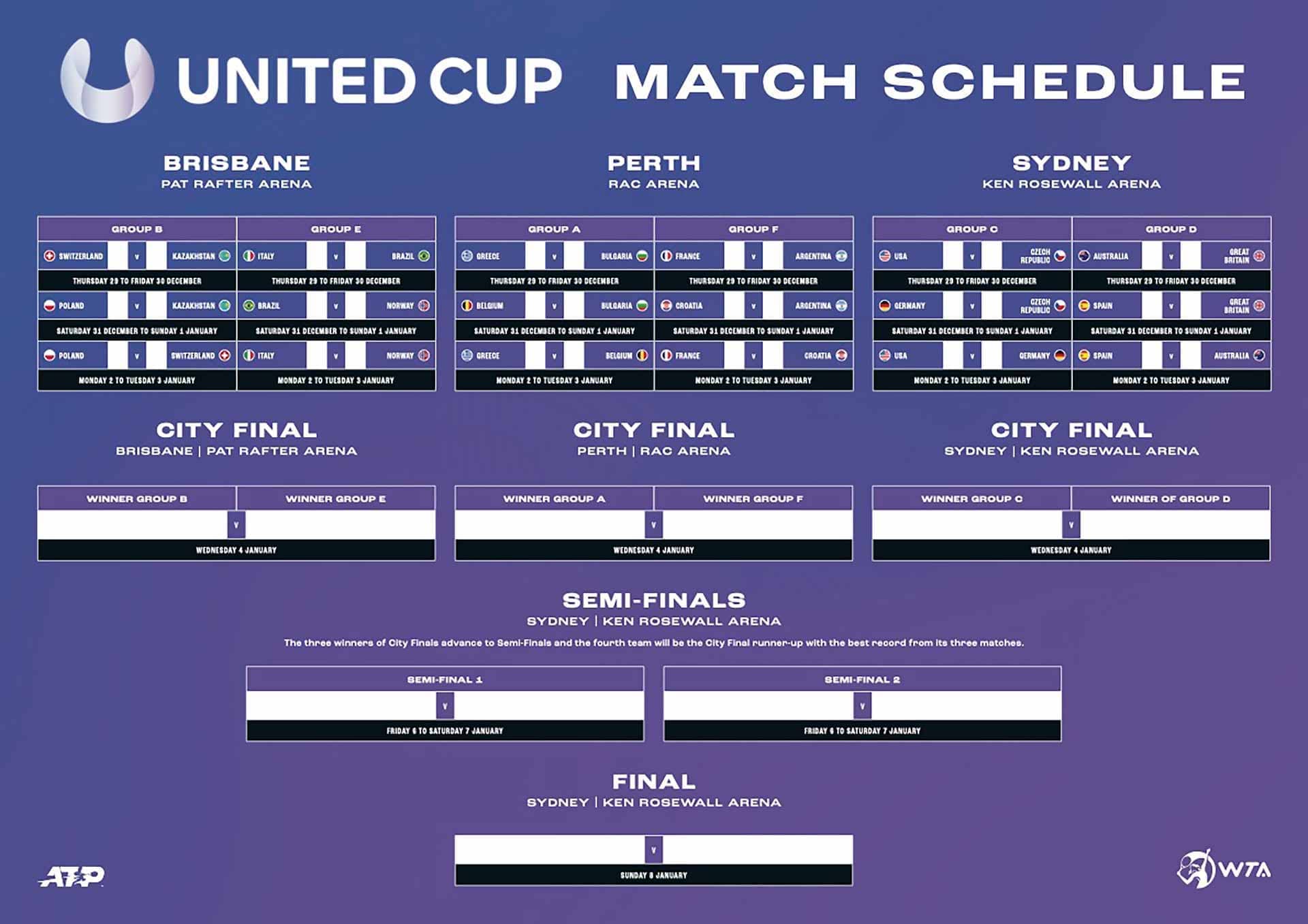 The 2023 tennis season kicks off 29 December with the inaugural edition of the United Cup in Australia.

As the players prepare to ring in the new year and kick off their seasons, here's what you need to know about the team competition, which brings together the best on both the Hologic WTA Tour and ATP Tour.

When is the tournament?
The United Cup is an 18-team, mixed-team competition. The 11-day tournament begins on Dec. 29 and will be played across three cities, Sydney (Sydney Olympic Park Tennis Centre), Brisbane (Queensland Tennis Centre) and Perth (RAC Arena).

Teams in Sydney and Brisbane will play on outdoor hard courts. Perth will feature an indoor hard court. All three venues will use the Dunlop Australian Open balls.

What is the format?
The group stage will be played from Dec. 29 to Jan. 3. Each city will host two groups of three countries, competing in a round-robin format. Played over two days, ties will consist of two ATP and two WTA singles matches between the No.1-ranked players and No.2-ranked players and one mixed doubles match. If the tie is locked at 2-2 after singles, the mixed doubles match will decide the winner.

The Final Four will have a travel day on Thursday, Jan. 5. The semifinals will be played across two days on Friday, Jan. 6 and Saturday, Jan. 7 in Sydney.

When is the final?
The United Cup final will be played on Sunday, Jan. 8 beginning at 1:00 p.m. in Sydney.

What is the prize money and rankings points on offer?
The total prize money pool for the United Cup is $15 million, split equally between the ATP and WTA. Individual prize money is based on ranking, match wins, and team wins. No points will be awarded for mixed doubles. A player can earn a maximum of 500 points for the week, depending on their ranking.

For a full breakdown of points and prize money, click here.